Every day is an opportunity to stop violence against transgender people. 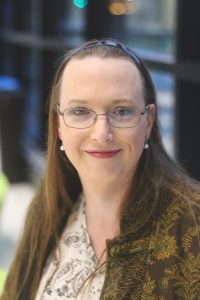 I was asked to speak at the Kent State University observance of Transgender Day of  Remembrance, November 20, 2020.  For those who are not familiar, this is the day when we memorialize the transgender and gender non-conforming people who have been killed over the past year due to transphobia.

To set the stage, Jacob Nash, Founder of Margie’s Hope and long time advocate for transgender people in Northeast Ohio, had just read the names of the dead.  Safe Space and Trans 101 are half-day diversity courses offered through the LGBTQ+ Center.

"The intersection of transphobia and racism is littered with the bodies of my sisters!"  It's a statement I've made more times than I care to consider. This last year has been the hardest year I can remember.  Fear has been a constant companion. Fear of the next blow to our civil rights, fear of a virus, fear of losing people I love, fear of an economy on edge. Like many of us I watched as the country reacted to high-profile murders of people of color, but I also thought about the low-profile murders of those on the list read by Jacob. Murders that are barely recognized by law enforcement or the media.  How many do we only know about because of the reports by their friends? How many more are unreported? How many more deaths occurred from lack of medical care or suicide caused by years of harassment and bullying?

Like many of you, I have recently spent a considerable amount of time thinking about my privilege. I am transgender, I am lesbian, but I am also white. Is something as arbitrary as the color of my skin the only thing that has kept me off this list?  It is possible. I have lived a very privileged life in many ways, but I have had more close calls than I like to admit; moments that could have easily shifted from dirty looks, slurs, and threats to violence. Knowing how easily my name could be on this list is one of the things that pushes me to do more for our transgender and gender-expansive students, faculty, staff, and community members.

I was asked to talk about how staff and faculty can better support our transgender students, and I have come down to one common theme, leveraging privilege.

Archimedes said, "Give me a lever long enough and a fulcrum on which to place it, and I shall move the world." Or "Give me a place to stand on, and I will move the Earth," depending on which translation you prefer. I suspect he intended a bit of both.

If privilege is your lever, your fulcrum is knowledge. I would urge anyone, who has not done so, to take the Safe Space class, follow that with trans 101, and put the signs up on your office, cubicle, or other workplaces. Read some books, just make sure they are worth your time. Obtain general knowledge about the trans community. Make friends with someone who is transgender, non-binary, ace, intersex, or who otherwise exists outside the gender binary.

Your place to stand is humility. You can learn about us and our experiences, but you can't experience it yourself. When we speak, listen, especially when what we say conflicts with what you have learned.  Even I can't walk in another transgender person's shoes. There are common themes, but each of our experiences is unique.

Think about how much mental bandwidth it takes just to exist as a transgender person. Our trans and enby students expend an enormous amount of their finite bandwidth dealing with things that are absurd from any other perspective. Where is it safe for me to pee? Am I going to be deadnamed or misgendered by a professor? By another student? Will my parents disown me, and if they do how will I pay for food, school, books, a place to live? Just to name a few.

Learn to recognize and listen for subtle transphobia. When you see it or hear it, act on it. Put a stop to it.  Be an upstander, not a bystander. Your privilege insulates you from many of the consequences that a transgender student, faculty, staff, or community member might face if they speak up. Speak for us when we are not present, but don't talk over us when we are.

Each of us has at least some privilege. I have "passing privilege" (though I detest the term). I have the privilege of my white skin. I have the privilege of growing up in a family that valued ideas, education, honest debate, and talking through ethical and moral issues. I have a host of skills, interests, connections, and even a couple of hobbies that give me access to places other trans people can't access. I leverage this access to be visible, as a role model to our youth, to challenge stereotypes, and to educate when and where I can.

Leverage your privilege to make room for us at the table. Many of us are willing to share our experiences and perspectives. If you teach a class that touches on gender in any way, consider having a discussion panel.  It could add a new dimension to the academics, but it also gives those students a chance to see us as people.

Sometimes it’s as simple as asking "How are you?" and then listening.

As I said, this last year has been the hardest I can remember. The last four years have been incredibly hard, but terrible times and horrific events can spur us to do more, to be better. I want to read a couple more names:

These are transgender and nonbinary people who, in the midst of the raging dumpster fire that was the 2020 election, were elected to positions ranging from justice of the peace to State Senate and House, some of them in red states.

Additionally: Brianna Titone, Gerri Cannon, Lisa Bunker, and Joshua Query were re-elected. According to Out for America, once they are all sworn-in this January, we will have at least 42 transgender, non-binary, two-spirit, and gender-nonconforming elected officials nationwide.

In closing, I ask you; how can you leverage your privilege to amplify trans voices, to combat transphobia, to do more, to be better?

Read more by Erica on her blog.